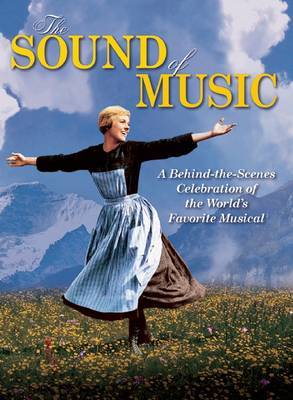 The Sound of Music : A Behind-the-Scenes Celebration of the World's Favorite Musical

One of the best known and best loved movies around the world, The Sound of Music tells the story of family, romance, and finding joy amid the political strife of 1938 Austria. This cinematic classic, with its beloved characters and unforgettable songs, continues to attract new fans fifty years after its 1965 release. Filled with colorful photographs and little-known facts about the film, the actors, and the music, this volume is a must-have collector's edition for fans. INSIDE THE SOUND OF MUSIC: The history of the movie from the book that became a play to its big-screen adaptation.
The legendary Julie Andrews and the portrayal of Maria von Trapp that won her a place in the hearts of movie enthusiasts everywhere The film's Captain von Trapp, Christopher Plummer, and his hesitancy about making the shift from stage to screen The story of the real Maria and Georg von Trapp and the obstacles they overcame The seven young actors who played the von Trapp children and their lives, friendships, and careers following those pivotal roles The creative masterminds behind the movie magic: director Robert Wise and screenwriter Ernest Lehman Interesting trivia about the movie, the music, and the people who made it memorable

Ben Nussbaum: Ben Nussbaum (Editor) has worked professionally as an editor in various book genres, from technical manuals such as Pilates For Dummies to children's books featuring Winnie the Pooh and Elmo. His experience in magazines includes the launching of USA Today's newsstand program for magazines on topics