A Modest PageantChildren, Madonna and Child, Death and Transfiguration, Distant Voices, Still Lives and The Long Day Closes : Six Screenplays with an Introduction by Terence Davies

Children, Madonna and Child, Death and Transfiguration, Distant Voices, Still Lives and The Long Day Closes are six films that form an autobiographical cycle which is now complete. Together, they celebrate the community of family life together with the pain and endurance of individual suffering as well as the personal development of the film maker as an artist coming to terms with the past. The author/director comments on each film as well as explaining his approach to the filming aspects of his life. ...Show more If you are born in a country where being yourself can get you killed, exile is your only choice. Frances Poet's play Adam is the remarkable true story of a young trans man having to make that choice and begin his journey. It charts Adam’s progress from Egypt to Scotland, across borders and genders , in his search for a place to call home.  ...Show more Angels in America by Tony Kushner 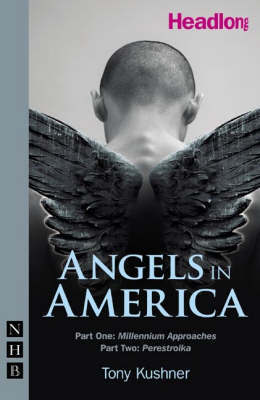 Angels in America: Parts One and Two by Tony Kushner

Part One of "Angels in America", subtitled "Millennium Approaches", erupted on to the stage of the National Theatre in January 1992. Part Two, "Perestroika", followed in November 1993. Since then "Angels in America" has become one of the most studied American plays, with over 30,000 copies of both parts sold in the UK alone. It has also been filmed for television by Mike Nichols, with Al Pacino, Meryl Streep - and Emma Thompson as the eponymous Angel. Now, 15 years after that first production, and with Tony Kushner's latest play, "Caroline, or Change", still running - and winning prizes - at the National, both parts of "Angels in America" are available in a single volume. Parts One and Two will also stay in print in separate volumes. ...Show more

At the Edge by Jennifer DiMarco Premiered at the Bush theatre in 1993 Beautiful Thing was released as a feature film by Channel Four films in 1996 directed by Hettie Macdonald and featuring Meera Syal Beautiful Thing explores pre-teenage homo-erotic sensuality and the frictions and intimacies of living cheek by jowl on a Thamesmead h ousing estate. ...Show more Beautiful Thing explores pre-teenage homo-erotic sensuality and the frictions and intimacies of living cheek by jowl on a Thamesmead housing estate. The Dram version. Bent: The Play by Martin Sherman

Martin Sherman's worldwide hit play Bent took London by storm in 1979 when it was first performed by the Royal Court Theatre, with Ian McKellen as Max (a character written with the actor in mind). The play itself caused an uproar. "It educated the world," Sherman explains. "People knew about how the Thi rd Reich treated Jews and, to some extent, gypsies and political prisoners. But very little had come out about their treatment of homosexuals." Gays were arrested and interned at work camps prior to the genocide of Jews, gypsies, and handicapped, and continued to be imprisoned even after the fall of the Third Reich and liberation of the camps. The play Bent highlights the reason why - a largely ignored German law, Paragraph 175, making homosexuality a criminal offense, which Hitler reactivated and strengthened during his rise to power. ...Show more 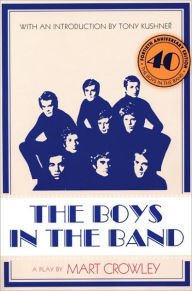 Boys in the Band: 40th Anniversary Editi by Mart Crowley

The first commercially successful gay play to reveal life to mainstream America. Performed in 1968, this is a special 40th anniversary edition with an introduction by Tony Kushner. The Chemsex Monologues explore the sexual, high world of the chillouts through six different characters. A nameless narrator meets a sexy boy on a Vauxhall night out, who introduces him to Gs pleasures; the poster boy for Room Service gets taken to Old Mother Meths place by a porn star; Fag Hag Cath is finding the chillouts have become more about the sex; Daniel is a sexual health worker who does community outreach in the saunas; and the nameless narrator meets up with his sexy boy again in different circumstances. Explicit, funny and touching, The Chemsex Monologues display a realm that is sometimes dark, but populated by very real, loveable human beings. ...Show more The complete plays of Mart Crowley, available for the first time. The six plays, all of which have been professionally produced and two never published before, inter-relate and revive the protagonist of the explosive gay drama Boys in the Band in his relationships with family and friends, both gay and s traight. The publication of this collection coincides with the first New York production of Boys in more than a dozen years, along with the New York premiere of its sequel Men from the Boys. ...Show more