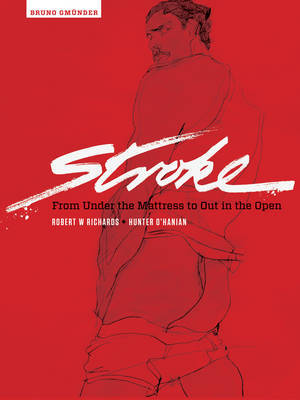 Stroke - From Under the Mattress to Out in the Open

The New York multi-talent Robert W. Richards started his career as an illustrator for the fashion world; his striking talents delighted the fashion stars in Paris and Rome. His clients included Yves St. Laurent, Valentino and Gaultier, among others. He drew portraits of Hollywood stars like Cher and Tony Curtis, and worked for years with gay publications like The Advocate and Mandate. Richards' drawings possess a high degree of recognition, thus making this book one of the most interesting new publications on the gay book market.