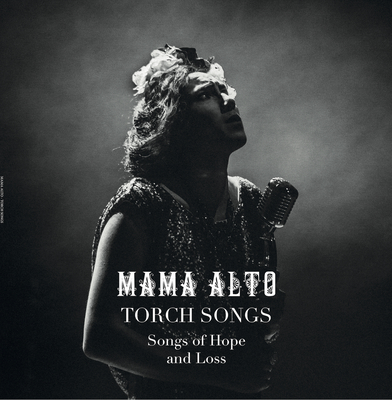 After six years of acclaimed cabaret performances, diva Mama Alto and her musical directress Miss Chief spent November 2016 in an extraordinary entirely analogue recording facility for vinyl records, Alex Bennett’s Sound Recordings. Recorded live to tape on original vintage sound equipment - including an actual machine used by Nat King Cole himself at Capitol Records, and an RCA microphone of the kind favoured by Sarah Vaughan - the result is a stunning capture of their best loved song interpretations from their extensive jazz repertoire, released across a four record anthology.


“In the space between music and language, torch singing is an invitation, an opening to desire… torch singing is a becoming, a provocation to participate that doesn’t erase antagonisms and contradictions.” So wrote the magnificent Stacy Holman Jones, in her work of performance autoethnography, “Torch Singing: Performing Resistance and Desire from Billie Holiday to Edith Piaf,” which in her words explores “torch singing as a sounding of desire, as a radical, hopeful politics.”

Many singers and many songs seem to transcend the boundaries of genre, and sing directly to our hearts. We often find it difficult to define a torch song, but instinctively know when we hear it. The torch singer is telling a story, weaving a truth, narrating a journey. The torch song is at once obvious and enigmatic, with embedded meanings, a multiplicity of perspectives, and an entanglement of identities. And at the heart of the act of torch singing is the delicious tension between tradition and subversion. As a cabaret singer interpreting, re-interpreting, presenting, re-presenting, and representing, torch songs, I work both to honour the legacy of the great women who have kept the flame before me, as well as to subvert the dominant and affirm the marginalised through song and storytelling. Let us all aspire, in our own ways, to bear a torch against the dark.