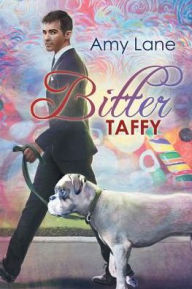 Rico Gonzalves-Macias didn't expect to fall in love during his internship in New York—and he didn’t expect the boss’s son to out them both and get him fired either. When he returns to Sacramento stunned and heartbroken, he finds his cousin, Adam, and Adam's boyfriend, Finn, haven't just been house-sitting—they've made his once sterile apartment into a home.

When Adam gets him a job interview with the adorable, magnetic, practically perfect Derek Huston, Rico feels especially out of his depth. Derek makes it no secret that he wants Rico, but Rico is just starting to figure out that he’s a beginner at the really important stuff and doesn’t want to jump into anything with both feet.

Derek is a both-feet kind of guy. But he’s also made mistakes of his own and doesn’t want to pressure Rico into anything. Together they work to find a compromise between instant attraction and long-lasting love, and while they’re working, Rico gets a primer in why family isn’t always a bad idea. He needs to believe Derek can be his family before Derek’s formidable patience runs out—because even a practically perfect boyfriend is capable of being hurt.

Adam Macias has been thrown a few curve balls in his life, but losing his VA grant because his car broke down and he missed a class was the one that struck him out. One relative away from homelessness, he's taking the bus to Sacramento, where his cousin has offered a house-sitting job and a new start. He has one goal, and that's to get his life back on track. Friends, pets, lovers? Need not apply.

Finn Stewart takes one look at Adam as he's applying to Candy Heaven and decides he's much too fascinating to leave alone. Finn is bright and shiny—and has never been hurt. Adam is wary of his attention from the very beginning—Finn is dangerous to every sort of peace Adam is forging, and Adam may just be too damaged to let him in at all.

But Finn is tenacious, and Adam's new boss, Darrin, doesn't take bullshit for an answer. Adam is going to have to ask himself which is harder—letting Finn in or living without him? With the holidays approaching it seems like an easy question, but Adam knows from experience that life is seldom simple, and the world seldom cooperates with hope, faith, or the plans of cats and men.