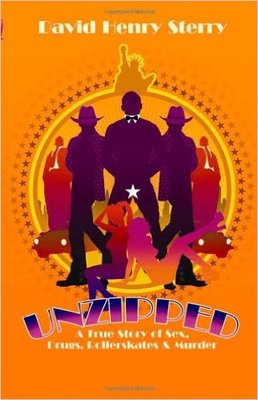 Unzipped A True Story of Sex Drugs Rollerskates and Murder

In Manhattan of mid-80s: Madonna debuts her bullet-bra at Danceteria, a 50-foot Brooke Shields jeans ad adorns Times Square, Wall Street is cash-happy, while at Chippendales - the world renowned male strip club - it's raining men, and girls just wanna have fun in the club that's infamous for late-night well-fuelled parties that just don't stop. Acclaimed memoirist David Henry Sterry, author of "Chicken", was literally at the centre of the madness as the roller-skating emcee of the nightly beefcake parade. "Unzipped" is the action-packed, compelling true story of a fledgling actor whose first big break results in a two-year stint as the emcee at the world's most famous and hedonistic strip club. Ultimately, though, all great parties must come to an end, and the gangland style assassination of his boss, the man responsible for the phenomenal success of the beefcake boys, marked the beginning of the end of the party-all-the-time 80s in New York City. Seedy glamour, dirty little secrets, hilarious backstage madness and unflinching, brutal honesty make David Sterry's "Unzipped" an entertaining and moving memoir.

"Compulsively readable, visceral, and very funny... Sterry clearly possesses the storyteller's art." Philip Lopate, author of Portrait of My Body "Sterry writes with comic brio... he's honed a vibrant outrageous writing style and turned out this studiously wild souvenir of a chequered past." New York Times "Unflinching and perceptive without being mawkish, and often very funny." Independent on Sunday"

DAVID STERRY has worked as an actor, a marriage counsellor, a screenwriter, a comedian, and an athlete. He lives in California.