On the fortieth anniversary of Pierre Commoy and Gilles Blanchard's romantic union, this volume traces four decades of artistic collaboration between the photographer and painter. Undeniably kitsch and shamelessly sexy, their art-stylized, idealized painted photographs-synthesizes tropes drawn from cele brity and mainstream gay culture with timeless themes of religion, mythology, and beauty. The volume is also available in a limited art edition of 200 copies presented in a luxury clamshell with a signed, original work of art created by the artists expressly for the art edition. ...Show more

More than simply a collection of images of sadomasochism, this captivating volume focuses on the beauty of the women involved. In contrast to many S/M images, which can often be vulgar or violent, Cartier strives for--and achieves--gracefulness. Pride Parades: How a Parade Changed the World by Katherine McFarland Bruce

On June 28, 1970, two thousand gay and lesbian activists in New York, Los Angeles, and Chicago paraded down the streets of their cities in a new kind of social protest, one marked by celebration, fun, and unashamed declaration of a stigmatized identity. Forty-five years later, over six million people an nually participate in 115 Pride parades across the United States. They march with church congregations and college gay-straight alliance groups, perform dance routines and marching band numbers, and gather with friends to cheer from the sidelines.             With vivid imagery, and showcasing the voices of these participants, Pride Parades tells the story of Pride from its beginning in 1970 to 2010. Though often dismissed as frivolous spectacles, the author builds a convincing case for the importance of Pride parades as cultural protests at the heart of lesbian, gay, bisexual, and transgender (LGBT) community. Weaving together interviews, archival reports, quantitative data, and ethnographic observations at six diverse contemporary parades in New York City, Salt Lake City, San Diego, Burlington, Fargo, and Atlanta, Bruce describes how Pride parades are a venue for participants to challenge the everyday cultural stigma of being queer in America, all with a flair and sense of fun absent from typical protests. Unlike these political protests that aim to change government laws and policies, Pride parades are coordinated, concerted attempts to improve the standing of LGBT people in American culture.   ...Show more 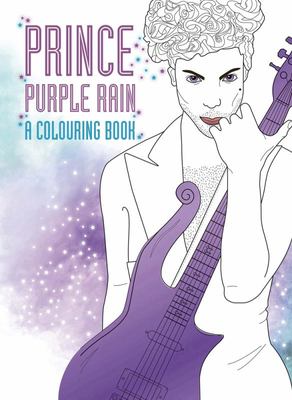 Following his untimely death on 21 April 2016, Prince was at the forefront of the public s interest. His albums shot to the top of the international charts and the world s landmarks were lit up in purple as countless fans mourned his loss. Despite being one of the most influential and experimental pop-a rtists of our time, Prince was a figure shrouded in mystery. Prince: Purple Rain: A Colouring Book details some of the lesser known facts about his life and illustrates Prince s most memorable looks. So much more than just a colouring book, each image has a history, with quotes from Prince and the people who knew and worked with him. ...Show more 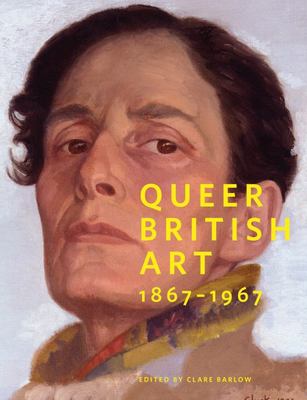 In 1861, the death penalty was abolished for sodomy in Britain; just over a century later, in 1967, homosexuality was finally decriminalised. Between these legal landmarks lies a century of seismic shifts in gender and sexuality for men and women. These found expression across the arts as British artist s, collectors and consumers explored transgressive identities, experiences and desires. Some of these works were intensely personal, celebrating lovers or expressing private desires. Others addressed a wider public, helping to forge a sense of community at a time when the modern categories of gay, lesbian, bisexual and transgender were largely unrecognised. Ranging from the playful to the political, the explicit to the domestic, these works showcase the rich diversity of queer British art. This publication, the first to focus exclusively on British queer art, will feature sections on ambivalent sexualities and gender experimentation amongst the Pre-Raphaelites; the new science of sexology's impact on portraiture; queer domesticities in Bloomsbury and beyond; eroticism in the artist's studio and relationships between artists and models; gender play and sexuality in British surrealism; and love and lust in sixties Soho. It features works by major artists such as Simeon Solomon, John Singer Sargent, Clare Atwood, Ethel Sands, Duncan Grant, John Minton, Angus McBean, David Hockney and Francis Bacon, alongside less well-known material, such as ephemera, personal photographs, film and magazines. This diversity of material is matched by diversity of experience, with key works highlighting differences of class, gender identity and ethnicity. Coinciding with the fiftieth anniversary of the decriminalisation of homosexuality in Britain, and against a backdrop of recent gains in gay rights (with the legalisation of gay marriage in the UK and the wider world), Queer British Art is a timely survey of the seismic shifts in gender and sexuality that took place between the 1860s and the 1960s. ...Show more

NOT AVAILABLE Add to Wishlist 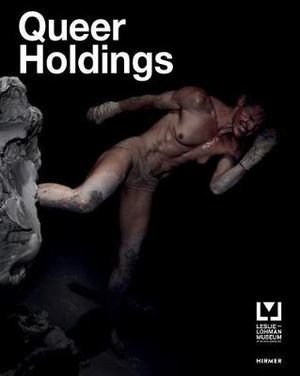 The collecting origins of the Leslie-Lohman Museum, New York--the only museum dedicated to preserving and fostering LGBTQ art--can be traced to 1969, when its founders hosted their first "homosexual art fair" in New York. Evolving from gallery to foundation to museum in five decades, Leslie-Lohman's col lection mirrors shifting histories of LGBTQ social movements in the United States, from the Stonewall riots to the AIDS epidemic, when the founders often rescued the work of dying artists from families who wanted to destroy it. This volume presents two hundred objects from the museum's vast permanent collection, gathers texts that explore history, provenance, genre, and subject matter, and engages in critical conversations about gender and race in the museum's collection. At once a wide-ranging survey of queer art and a critical glance at contemporary museum collecting practices, Queer Holdings plumbs an institution's possible futures by revisiting the milestones of its activist past. ...Show more A revised and updated edition of the most comprehensive survey published of Mapplethorpe's photographyRobert Mapplethorpe was one of the twentieth century's most important and influential artists, known for his groundbreaking and provocative work. He studied painting, drawing, and sculpture in Brooklyn in the 1960s and started taking photographs when he acquired a Polaroid camera in 1970. This comprehensive monograph is an overview of the artist's black-and-white photography of floral still lifes, nudes, selfportraits, and portraits, among other subjects-and also includes a selection of his color images. ...Show more Salvador Dal at Home explores the influence of Catalan culture and tradition, Dal 's home life and the places he lived, on his life and work. Dal was born in Figueres and was deeply connected to the area. Fully illustrated with over 150 illustrations of his famous work, as well as lesser known pieces, a rchive imagery, contemporary landscapes and personal photographs, the book provides uniquely accessible insight into the people and places that shaped this iconic artist and how the homes and landscapes of his life relate to his work. ...Show more

Shades of Lust and Pain by Uwe Dupke

Text in English, French & German. Uwe Dupke, born 1952, lives in Andalusia, Spain and just outside Cologne Germany; he has been a professional photographer since 1970, and specialises in people and erotic nudes. He believes that honest and passionate images can only be created if the models are full y integrated into the design process. In addition to the selection of area and location, this also includes the choice of outfits and make-up. A new trend has emerged, as fifty percent of models want to be in fetish and bondage shots. Together with the models, various fetish clubs, bondage apartments, special hotels and swinger clubs are then selected together as locations. The job of the photographer is to capture the erotic fantasies of the models, as well as any developments that happen spontaneously during the session itself. This procedure means that at the beginning of a session, it is often unclear which technology is going to be used. As a rule, the 60 megapixel Hasselblad is used for medium format shots, and for a rapid series of exposures, Canons professional cameras. For pronounced lighting effects, Uwe Dupke always uses a gallows. Fetishism: is this fantasy or reality? Wow! This is exciting, sweaty, sexy photography! ...Show more A new book from photographer Richard Hedger celebrates 40 years of gay liberation in Australia by capturing some of the LGBTI communities most intriguing and colourful members.

The Big Book of Breasts by Dian Hanson (Editor)